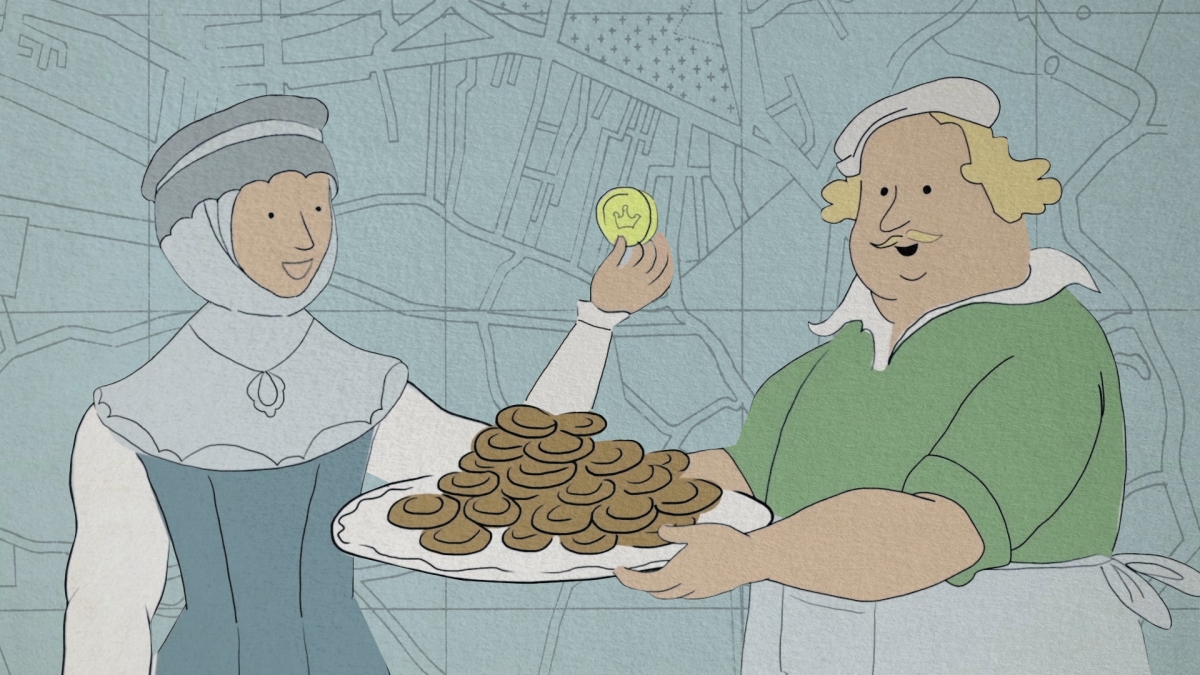 Queen of Poland and Grand Duchess of Lithuania Barbara Radziwiłł (ca. 1522–1551) is by far the most renowned woman of old Lithuania. Depicted in paintings, statues, the story of her life retold in books, she enjoys a nearly cult-like status in Lithuania, although her fame does not rest on her quests, political decisions, or exceptional service to the state, but on her heart-rending love story. Heiress of the elite Radziwiłł family succeeded to charm the Renaissance prince Sigismund Augustus who married her against the will of his political advisors and his mother’s wishes.

She enjoys a nearly cult-like status in Lithuania, although her fame does not rest on her quests, political decisions, or exceptional service to the state, but on her heart-rending love story

Barbara spent part of her life in Vilnius. Archival data attests that while in Vilnius, she led a life affordable for middle-class people today, but beyond the wildest dreams of any commoner back then.

Top masters and Irzyk the chef

Barbara and Sigismund Augustus betrothed some time after June 1545, after the death of the king’s first wife, and since then Barbara lived surrounded by royal splendour. She had her own court, best goldsmiths made her jewellery and top tailors sewed her sumptuous dresses that truly were works of art.

Sigismund Augustus pampered her with love and instructed his servants to decorate Barbara’s dining table with roses, pansies, and lavender every time she approached it. Accounting books show that Barbara and her courtiers were treated with the best meals and drinks available.

In line with unwritten rules, the queen-to-be sat at the table twice a day. Between nine in the morning and midday she would have breakfast and then, between three and six in the afternoon, she had lunch. Surprisingly for a modern city resident, her breakfast and dinner menus were similarly plentiful, while dinners were rare and modest.

Irzyk was the head chef tending Barbara and her court in Vilnius. He apparently was a master of his craft, as he continued to serve Barbara while she was in Poland. Among other things, Irzyk was known for using plenty of different spices.

From soup to capon roast

At least one of the dishes on Barbara’s menu might seem too simple for a modern diner: the hogweed soup was made of the plant’s stems, leaves, and shoots cut in pieces, pickled and boiled with other vegetables. Hogweed soup is known to have been popular in other parts of Europe, for instance, the Tudors ate similar dishes.

Barbara’s table always included plenty of meat. Archive accounts indicate that her servants used to pay up to 50 złotys a day to purchase meat, the amount that equalled an average yearly salary of a middle-ranked public official. The queen-to-be was particularly fond of beef and veal. Lamb was less popular and pork almost never appeared on her table.

Chefs prepared dozens of poultry on the daily, from chickens, ducks, and geese to capons and peacocks. Hunters would supply the royal kitchen with wild pigeons, partridges, and other fowl. During the days of fasting, Barbara was served fish, such as pike, tench, and salmon.

Parades of curd pancakes and biscuits

Moreover, the court servants’ daily bought several baskets of dairy products: milk, butter, curd, cheese, and cream, the latter used to make tiny round bits of sweet cheese. But it was curd pancakes that Barbara could give anything for. She also liked bigos, a traditional Polish stew made of chopped cabbage and meat. The list of vegetables on her table offers no revelations to a modern Lithuanian’s eye and includes green peas, horseradish, spinach, onions, turnips, parsley, parsnips, and cabbages.

What would perhaps surprise an average resident of Vilnius in the 21st century was the incredible amount of eggs the royal chefs used. Without a doubt, a lot of them were required to bake the honey cakes, one of Barbara’s favourite delicacies. She was so fond of them, especially coupled with different jams, that the chefs made them twice a day. In addition, pastry chefs baked sweet bagels and sweets with rosewater filling. Very often Barbara and her courtiers indulged themselves in oranges and apricots, the fruits so rare and expensive that only the wealthiest homes could afford them. Barbara, it has to be said, also liked local fruits, such as pears.

As befits the king’s beloved, Barbara had wine with her meals, but the servants also brought mead and beer. Sigismund Augustus pleaded with her only to use transparent glasses after nightfall, as he was scared of his lover’s poisoning.

Vilnius, the place to meet

Barbara Radziwiłł was the daughter of Grand Hetman of Lithuania and Castellan of Vilnius Jerzy Radziwiłł (ca. 1480–1541). He was the most influential official in Lithuania, second only to Grand Duke Sigismund Augustus. Therefore, she knew the prince since they were children, for he spent three periods of his life in the Lower Castle of Vilnius (1528–1529, 1533–1536, and 1540–1542).

In August 1540 witnessed a feast commemorating the twentieth birthday of Sigismund Augustus. It featured a banquet in the castle inner courtyard and a firework display, there’s little doubt that Barbara attended the ball with her husband, magnate Stanislovas Goštautas.

However, the fated meetings of the two took place later, in the autumn of 1543 and spring of 1544, when her first husband was dead and Sigismund travelled to Vilnius on his own, as his wife wife Elisabeth of Austria was feeling unwell and stayed in Kraków. Some say the ruler wanted a break from his married life and frequented Barbara Radziwiłł seeking something the contemporaries dubbed “decent conversations”.

No one knows when their romance bloomed. Their love, undoubtedly reciprocal, must have burst into flames around that time, but both concealed it as best they could. In October 1544 Sigismund invited his wife to Vilnius. Contemporaries wrote about their hunting outings and the love Sigismund was showing. Some say, his actions were but an act perpetrated to keep his love for Barbara secret, others maintain that his actions were sincere for he wanted to father an heir.

All changed just several months later. In June 1545 Elisabeth died in Vilnius. A chronicler wrote that Sigismund was “unable to quench his innate passion for women and started loving Barbara”. Their affair led to a secret wedding, in July 1547, in Vilnius. In April 1548 Barbara Radziwiłł was declared the Grand Duchess of Lithuania.

All changed just several months later. In June 1545 Elisabeth died in Vilnius. A chronicler wrote that Sigismund was “unable to quench his innate passion for women and started loving Barbara”. Their affair led to a secret wedding, in July 1547, in Vilnius. In April 1548 Barbara Radziwiłł was declared the Grand Duchess of Lithuania.

The negotiations leading to her coronation took even longer. The ceremony was eventually held in Kraków in December 1550, just six months before her death. On 8 May 1551 she died in Wawel, in the hands of her beloved husband. The bereaved king heeded her final wish and buried her body in Vilnius. Much later, a silver plaque was discovered inside her coffin. It read: “She died much too early, but had she died old, Augustus would still speak it was much too soon.”