“I Yearn for No Heaven and I Fear No Hell”: Gáspár Bekes in Vilnius 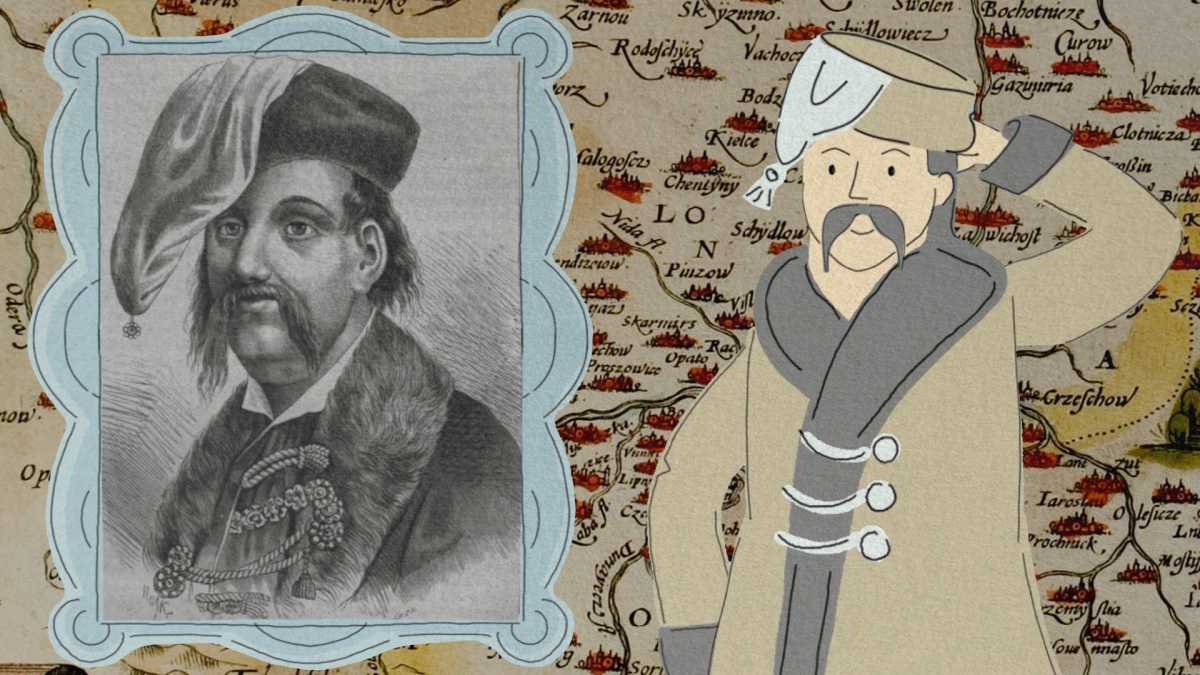 While listing famous foreigners of old Vilnius, one should reserve an entry for Hungarian nobleman and talented military commander Gáspár Bekes (1520–1579). Born and bred in the border region between present-day Hungary and Romania, he spent some time in Vilnius at the end of the 16th century. Although the hero of the Livonian war did not spend much time in Vilnius, the city became his final resting place and still keeps his memory, as one of the central hills bears his name. A candidate to the throne

The future military man was born into the family of Hungarian middling nobles who owned several hamlets. Although he himself later claimed he was born in Corniath, Transylvania, his biographers claim that Bekes “was a Hungarian in his essence and remained so throughout his life: in his concept of honour, his errors, and every drop of his blood”.

His career started at the court of a wealthy magnate that had close ties with Hungary’s ruling dynasty. After his death, Bekes moved to Buda to serve as treasurer to Duke of Transylvania John Zapolya. Bekes apparently revealed his talents and eventually got involved in shaping Transylvania’s political decisions. Zapolya even wanted him to succeed him, but in 1575 local nobles elected Stephen Báthory.

Bekes fled Transylvania and had all his possessions confiscated but found refuge in Poland. There he met Báthory again, now a recent winner of the tough election to the Polish throne. Although Bekes supported Báthory’s rival from the House of Habsburg, the king extended him a friendly hand, because Báthory wanted to unite Hungarians living in Poland. Their negotiation lasted six months and during that time turned bitter enemies into good friends. Even their religious differences did not pose a challenge, although Báthory was a faithful Catholic, while Bekes held Antitrinitarian beliefs, that is to say, denied the Holy Trinity. Coat of arms of Gáspár Bekes.

Gáspár and Gabriel in Livonia

Bekes joined Báthory’s army in 1576 and remained in his service until his last day. He led the Hungarian Guard, consisting of about 10,000 men. They played an important role in the defence of Elbing, a city in northern Poland. His courage earned Bekes the citizenship of the Kingdom of Poland and the Grand Duchy of Lithuania (1578), a personal coat of arms, a land fief, and a large brick house in Kraków. Gáspár’s brother Gabriel also moved to the Polish-Lithuanian Commonwealth and was provided with several villages and country estates in Lithuania.

Both brothers played important roles in the Livonian War that the Commonwealth won. This helped to safeguard its eastern borders for over fifty years.

The brothers became famous for their bravery in the fight against Muscovy during the Livonian War (1558–1583), and the siege of Polotsk (1579) in particular. According to the royal privilege, Gabriel “of his free will and true chivalric nature, dismounted his horse and, defying the obvious danger, stood up against the enemy walls and attacked them together with the others”. Gáspár commanded the Hungarian Guard and artillery. Both brothers played important roles in the Livonian War that the Commonwealth won. This helped to safeguard its eastern borders for over fifty years. According to a legend, right before his death Bekes cried out: “Coelum non curo, inferos non timeo” (I yearn for no heaven and fear no hell). This, apparently, reflected some of his Antitrinitarian beliefs that denied him a place in a cemetery. The Hungarian was eventually buried on Bald Hill.

It was in March 1579 that Bekes, already a hero of the Livonian War, first arrived in Vilnius together with King Stephen Báthory to plan the siege of Polotsk, the task that took almost four months to complete. Later that year, after the victorious campaign at Polotsk, Bekes visited Vilnius for a second time, again a member of the royal suite. The king and his retinue enjoyed a spectacular reception followed by a triumphal march across the city. Several days on, at the end of October, Bekes travelled to Grodno where on 7 November 1579 he suddenly died. Perhaps his health declined due to exhausting military campaigns, or perhaps all it took was a simple cold.

According to a legend, right before his death Bekes cried out: “Coelum non curo, inferos non timeo” (I yearn for no heaven and fear no hell). This, apparently, reflected some of his Antitrinitarian beliefs that denied him a place in a cemetery. The Hungarian was eventually buried on Bald Hill. Allegedly, the spot overseeing Vilnius was chosen by King Stephen Báthory himself, as a sign of respect for the brave commander. His brother Gabriel rests beside him. Image of the Bekes monument in the engraving of Vilnius by Tomasz Makowski, 1600.

A tower on Bekes’s grave

By the end of the 16th century, the burial place of the Bekes brothers was marked with a 20-metre tall tower. Legend goes, it featured Gáspár’s words:

I do not wish for his heaven, neither I fear hell,

I ask not for mercy, I am ready for the Last Judgment,

I know no sin and have not done any evil to anyone.

I’ve always believed in myself and was zealous,

Did not care much of my body and even less so of my soul,

Dare I say it died with me,

I’ll experience no toil that others will face-

to search for one’s soul, when they rise from their graves.”

The tower was still intact in the first half of the 19th century, although Vilnelė washed the fundament of the hill itself. The tower collapsed in 1841. Local historians found a skull and a yellow velvet cap under the rubble. They took the findings to the Museum of Antiques and Archaeology in Vilnius, but the skull and the cap were later lost.

Panorama of Vilnius with a marked place of the Bekes monument Engraving. Author Tomasz Makowski, 1600. From linguistics to acid jazz

In the Lithuanian language, Bekes turned into a common noun meaning either a Hungarian-style cap (bekeška) or a kind of outer clothing worn by noblemen. Today, several dozens of Lithuanian men and women bear the family name Bekešas as do several villages.

It was in the 18th century that legends about Gáspár Bekes began to emerge. One of them says that while in Vilnius, every morning would the Hungarian ride up the hill on horseback. On top of the hill, one quite treacherous to climb, Gapar would ask for God’s guidance, but while riding down one could hear the devil’s were helping him. Once the heavenly patience snapped, the man fell downhill and drowned in the river. Considered a heretic by the city’s Christian clergy, he was banned from being buried in a cemetery. The king then ordered him to be buried on top of the same fateful hill, which later became known as the Bekes Hill.

Another variation of this tale claims that by committing such brave acts Bekes was trying to win the heart of a local girl. However, the third climb proved fatal, as he fell to his death.

Legends about Gáspár Bekes were particularly popular in the beginning of the 19th century, when the aforementioned tower was still standing.

Even the Soviet ideology tried to use Bekes in their anti-religious propaganda. A fiercely independent mind, the Hungarian was termed “the predecessor of atheism”.

In 2003, a funk and acid jazz band, Bekešo Vilkai (the Bekes Wolves), gave its first live performance in Vilnius, while the year 2010 saw the premiere of a documentary about the famous Hungarian noble.