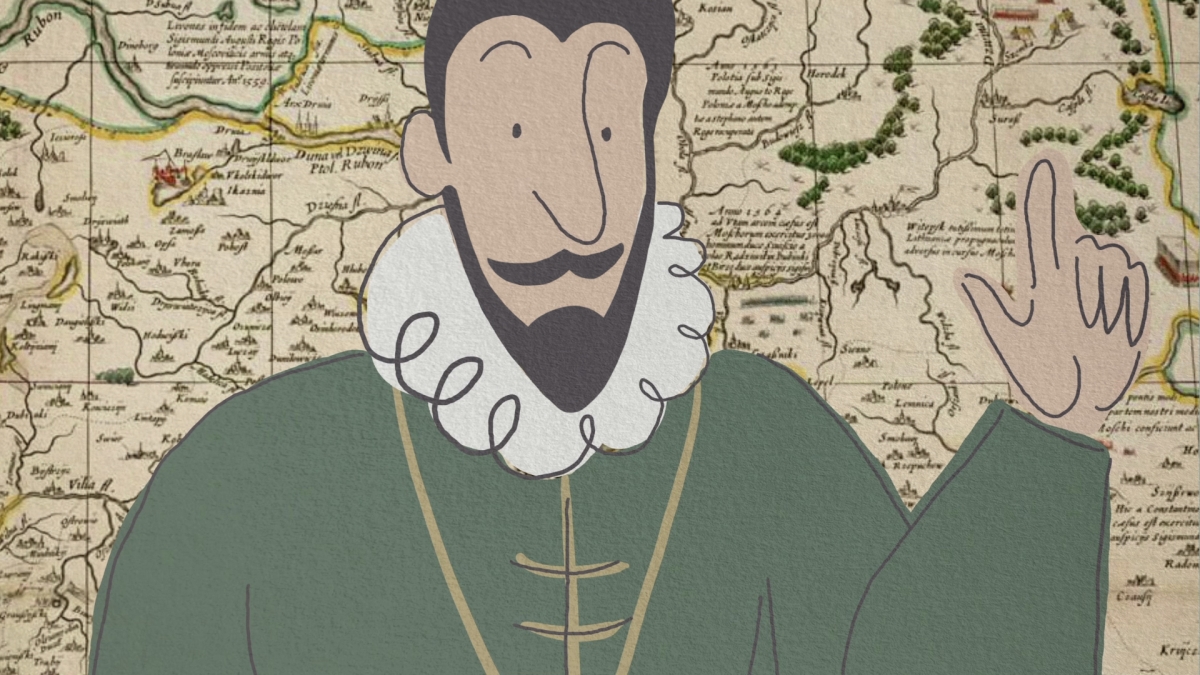 On 24 July 1611 the King of Poland and the Grand Duke of Lithuania Sigismund III Vasa arrived in Vilnius after a victorious military operation that brought Smolensk back under Polish-Lithuanian rule after 97 years. The ruler was met with a pompous celebration and an archival manuscript retained the details of his welcome.

The long day of triumph

On the eve of the triumphal entry, the king and his troops spent the night in a field camp, presumably in the vicinity of Lavoriškės, a town located 30 kilometres east of Vilnius. Next morning, on 24 July, his wife Constance of Austria, sister Anna Vasa of Sweden, and his son Władysław Vasa arrived there to greet him, accompanied by dozens of dignitaries, members of the Senate, eminent clergy, and aristocrats guarded by armed soldiers and accompanied by hundreds of Vilnius residents. Four purpose-built tents sheltered the esteemed audience from the heat of what was a very hot day. His wife was the first to congratulate the ruler, followed by his sister and son, followed by the nuncio Franciszek Simonetta and other dignitaries.

Sigismund Vasa entered the city through the Gate of Medininkai, now known as the Gate of Dawn, and slowly rode towards the St Francis and Bernardine Church, down the so-called Royal Road. The church was to host the most important parts of the ceremony, because the St Stanislaus and St Vladislav Cathedral had been badly damaged by the fire that raged in Vilnius just one year previously, in 1610. On its way to the church, the cavalcade had to stop thrice to hear words of praise by the Vilnan Jesuits at the Church of St Johns, Uniates at the Church of Holy Trinity, and Orthodox at the Church of Holy Ghost.

Having attended a solemn mass in the church, Sigismund Vasa proceeded towards the Lower Castle, the city now inundated in the sound of firing cannons, thundering drums, and trumpets that “rocked the walls of the royal palace and scared the citizens up until the sunset”. The indispensable attribute of a triumph: the arch

In accordance with an unwritten rule, at least one triumphal arch was to be erected for such occasions in the 16th-17th centuries. Decorated with portraits, emblems and epigrams, they usually were built on the city’s main streets. During Sigismund Vasa’s entry four triumphal arches were built: one at the Lower Castle, and three others at the main Uniate, Orthodox, and Catholic churches. In this manner various citydwellers paid their respects to the ruler.

The triumphal arch next to the Jesuit Academy was decorated with the portraits of the four previous rulers, Stephen Báthory, Casimir IV Jagiellon, Władysław II Jagiełło, and Sigismund the Old. A number of other personalities were painted too, including St Casimir, the patron saint of Lithuania, the king’s mother Catherine Jagiellon, and his first wife Anna of Austria.

Alongside verses of praise, the academic community also fitted a number of mythological and Biblical motives into the arch, such as Apollo and the muses greeting the king. It also featured quotes from the Holy Scripture and references to contemporary events.

The arch built by the merchants and residents of Vilnius also was decorated with references to the Antiquity alongside to the trophies from Smolensk: quivers, Muscovite headgear, and drums, etc.

Equestrian portrait of Sigismund III Vasa with the siege of Smolensk in the background. Author Tomasz Dolabella, the beginning of the 17th century. The Wawel Royal Castle. The most awaited day has come

Here’s how a contemporary source describes the occasion.

“When this most awaited day came, the sun showed after many days of rain, which everybody deemed a miracle. The city was filled with the sound of drums and shouts of people gathering from all sides, as if rivers had unexpectedly burst out. Armour, protective belts, horses, banners, lances, and cannons were brought out, city streets filled with lush greenery, houses and buildings decorated with colourful covers, carpets, and gold-embroidered cloth, all people announce and chant that the happiest and most awaited day had come. […]

The king […] took his spot and took the first step. The procession was spearheaded by 300 mounted Tatars, 100 lightly armed Cossacks, 100 armoured Germans, […] 100 courtiers bearing lances, and 300 foot soldiers of the Holiest Royal Majesty […]. They were followed by the courtiers of the Holiest Royal Majesty in conspicuously splendid and shining clothing. They were circling their horses, adorned according to their national tradition or in the Persian manner – neighing, snorting, saliva dripping, munching their bit. They looked so serious that His Royal Majesty, evidently, was under their proper protection, triumphant and surrounded by joy.”

The procession enters the city

“The most serene king mounts a beautiful and nimble horse. In front of him trot companies of armoured Tatars and Cossacks, courtiers, and representatives of other estates. […] Just as they left the place where the tents had been built, and slowly approached the city, they were greeted by the adorned and impressive hilltops that were crowded by an innumerable amount of people […]

Just before the entrance, the king was greeted by an extremely skilfully made eagle, its wings stretched, head and beak looking downward. Beside it the words ENTER, CONQUER, RULE were fitted to the wall together with His Majesty’s coat of arms and other signs of authority. Students welcomed the king by an occasional speech delivered from a beautiful stage erected at the gate. Once the Most Serene King entered the city, the people who were standing on the hilltops rushed down and into the city. Their shouts filled the streets as they ran down the streets to get closer to see the face of the Most Serene triumphator, tied-up prisoners, and, especially, the two voivodes of Smolensk stepping just beside His Majesty surrounded by Hungarian infantrymen armed with rifles.

Once the Most Serene King entered the city, the people who were standing on the hilltops rushed down and into the city. Their shouts filled the streets as they ran down the streets to get closer to see the face of the Most Serene triumphator, tied-up prisoners, and, especially, the two voivodes of Smolensk stepping just beside His Majesty surrounded by Hungarian infantrymen armed with rifles.

On his way, the Holy Royal Majesty rides past the grandest church of the Holy Ghost belonging to Greek Catholics and the Orthodox church right across the street, both welcome him ringing bells according to the Greek customs. Bells overshadow the beating of drums and the sound of trumpets. Once His Majesty stopped there, you could hear the pleasant sound of people singing and dancing according to the Greek customs. Once they stood silent, the Orthodox youth started reciting Greek poetry in front of an artful and expensive scene, joining poetry with musical melodies and thus greeting the ruler […]

From there His Royal Majesty went to the St Bernardine Church, […] where He was saluted by the Greek clergy with the utmost respect. Then Te Deum was sung in a solemn and pious manner. After that the honourable Bishop of Vilnius, standing at the grand altar surrounded by clergy and many assisting priests, thanked God aloud several times and extended before His Royal Majesty the relics of the saints kept inside the altar which he kissed. This concluded the service and, the sun already setting, the king was taken directly to the castle. According to the devised order phallanxes and cohorts of soldiers stepped in front of him and led the king through the splendid arches built by the order of the Most Serene queen.  Music and singing fills the arches, while the castle teems with horses, men, sounds of copper drums and the multitude of trumpets. Military cannon thunder both in the Upper and the Lower Castle causing great commotion. People everywhere in the city fire their guns, while the shots fired by the 400 royal infantrymen cause a downpour of bullets. […]”